Colour aberrations in birds have been my main research focus for more than 30 years, during which I have learnt that identifying and naming these aberrations still presents problems for ornithologists. Many terms for the different colour aberrations have been proposed during the last 175 years. These terms, however, have apparently been used at random to identify aberrations in published records, creating much confusion. Leucism seems to be the most commonly used term and is often wrongly applied. 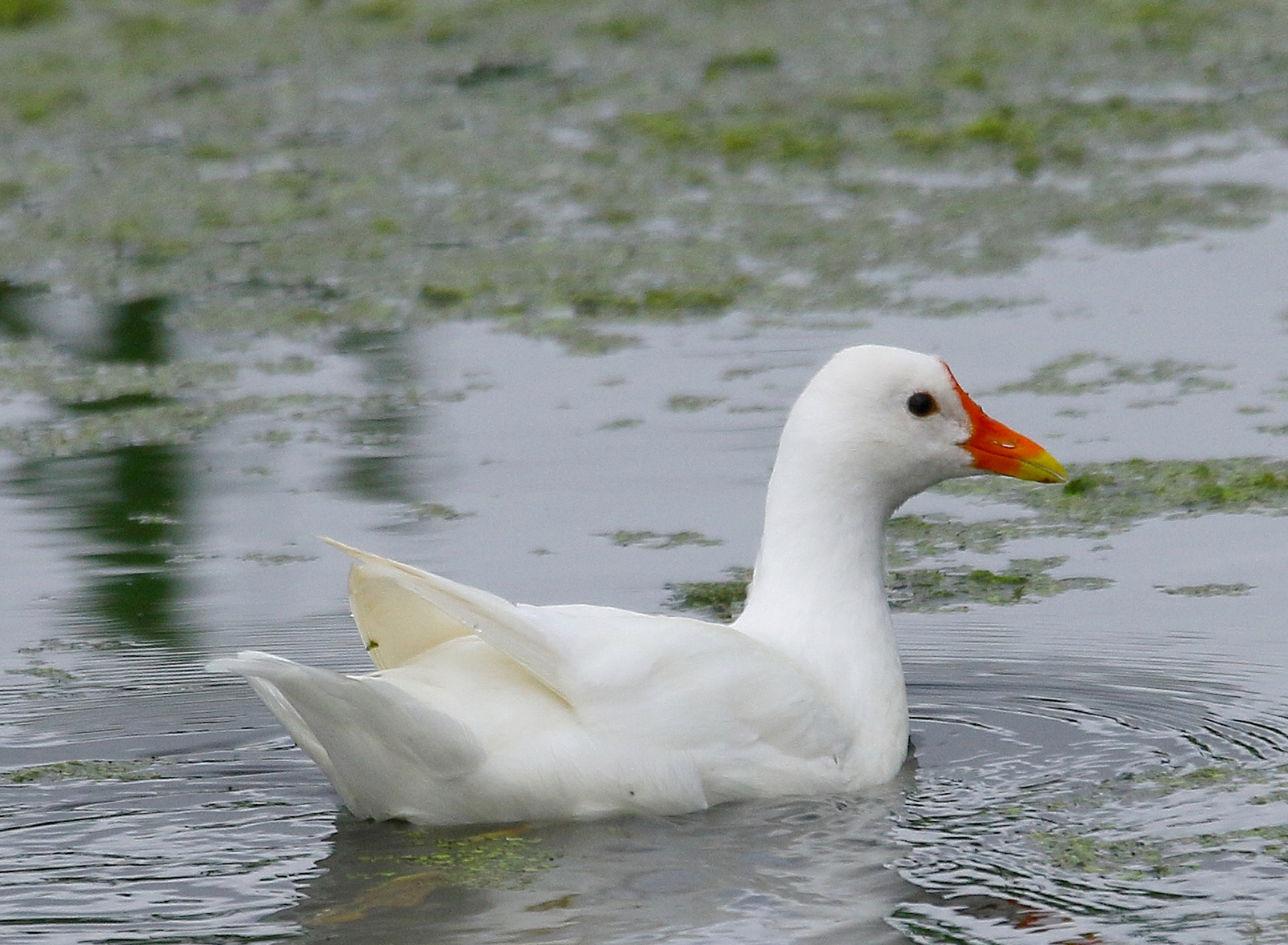 1. Leucistic Moorhen. The plumage is fully white and, although not visible in the photo, the feet are also without pigment. The heritable absence of pigment was already present in the newly hatched chick. The eye colour is normal and distinguishes Leucism from Albino. Moordrecht, the Netherlands, 18 May 2017 (©Rob Belterman) 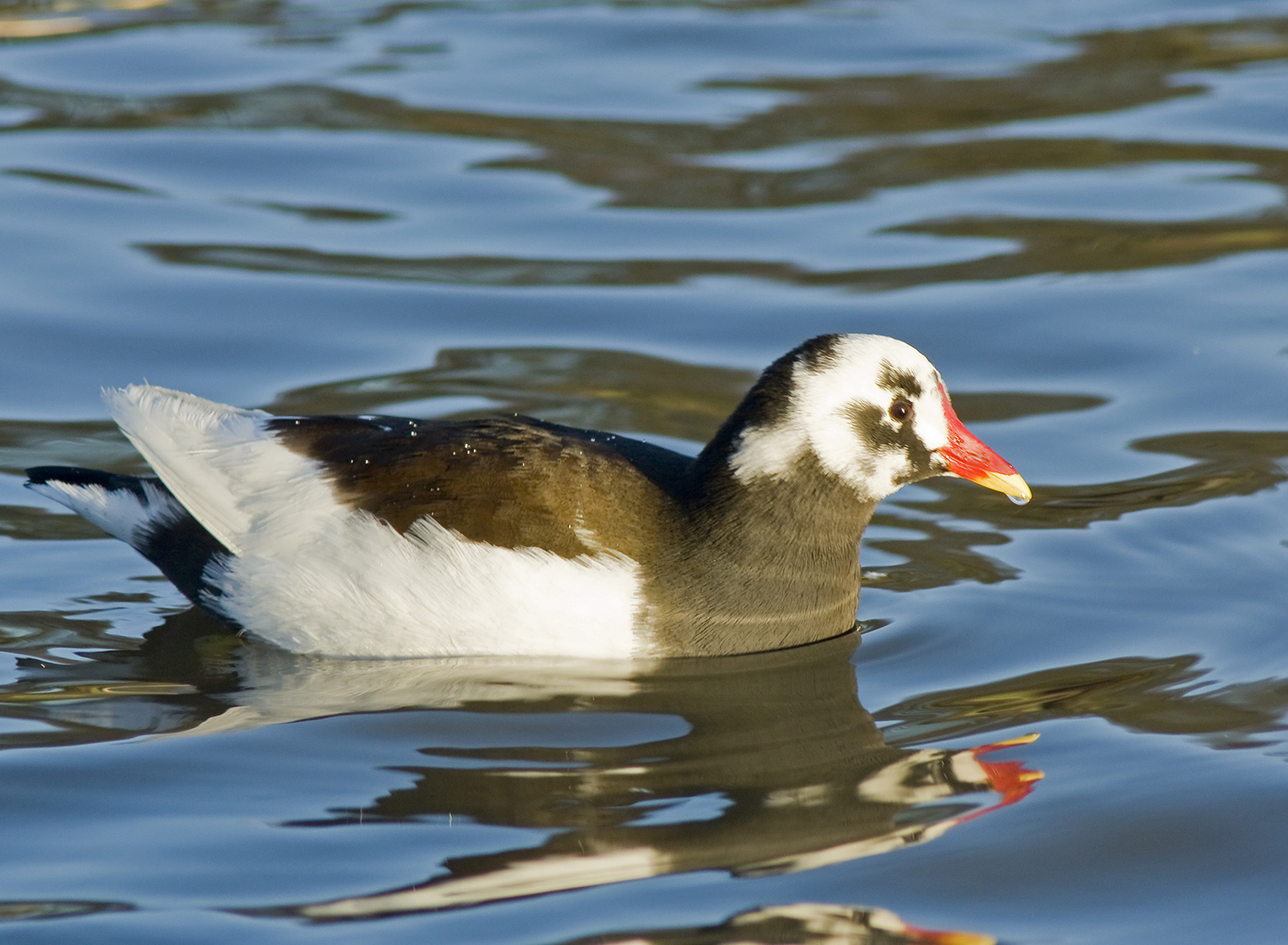 2. Partial Leucistic Moorhen. The white pattern forms patches and is bilaterally symmetrical. This pattern was already present in the newly hatched chick, and the pattern and number of white feathers will not change during its life. Durham, England, 18 January 2010 (© Glen Roberts)

The term Leucism, from the Greek leukos meaning ‘white’, was introduced by Rensch (1925) for ‘an abnormal absence of melanin pigment resulting in white feathers but with normal coloured eyes’. However, since 1925 this definition has morphed into ‘an abnormal reduced concentration of melanin resulting in ‘washed-out’ colours’ (Hess 2011), so that nowadays  the term Leucism is often incorrectly used for pale aberrations in which not a single white feather is present.

The earliest published attempt I could find to seriously categorise the different colour aberrations was by Frauenfeld (1853), who divided them into several groups, including Geraiochromatism meaning ‘discolouring with age’ (from the Greek geras or girateia for ‘old age’, and chromatism from the Greek khroma for ‘colour’). Interestingly, this category — progressive loss of pigment with age— was to remain undocumented for another century or more after Frauenfeld. 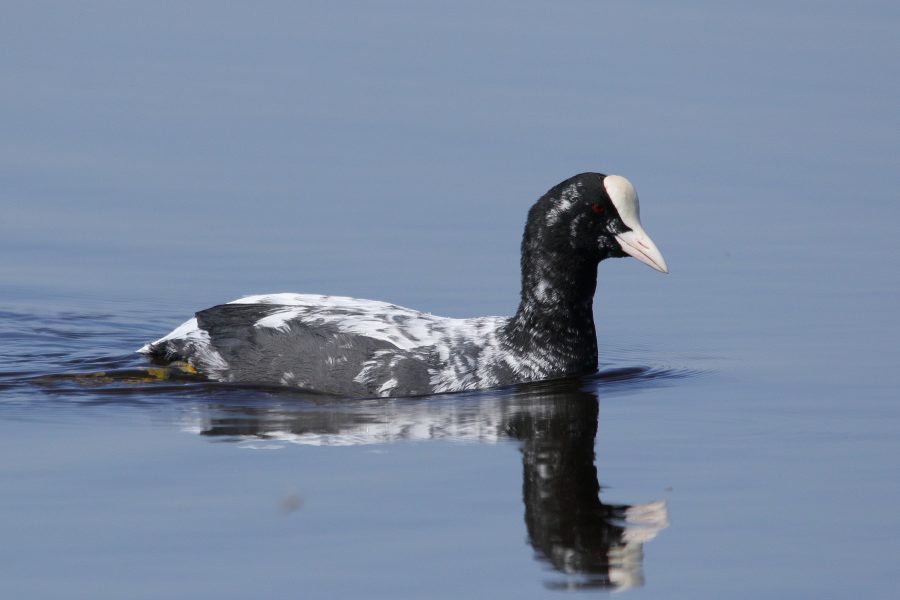 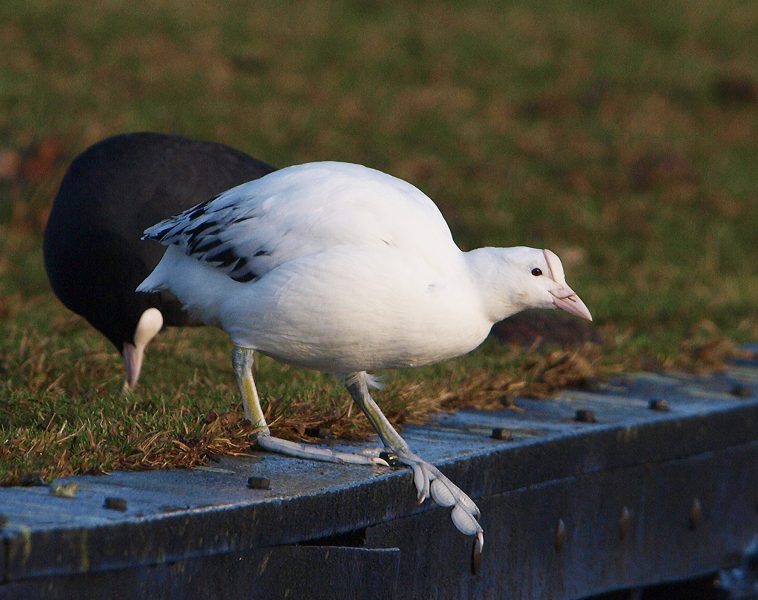 Leucism comes in different forms; totally white and pied. In the case of white plumage, the heritable absence of pigment producing cells is total. In the latter case, called Partial Leucism, these cells are only absent in certain parts of the skin, leaving only these areas without pigmentation. The white pattern caused by Partial Leucism is normally patchy and bilaterally symmetrical – so a few white outer flight feathers on both sides and/or some white feathers on the face are typical. In more extreme cases, the entire face, all of the primaries, the belly and the feet will lack pigment. Although Leucism is very common in domesticated birds, it is rather rare in the wild.

Over the years of my recording every museum specimen that I encountered with aberrant white feathers as partially leucistic, I developed an uneasy feeling that  I had overlooked something. Almost all these birds had white feathers randomly scattered throughout their plumage. Some had only a few white feathers, while others were almost completely white. This was at odds with any of the known forms of inheritable Leucism found in domesticated birds such as pigeons, budgies, canaries, and zebra finches. I had, also, never found a young pied bird even though the white pattern caused by Partial Leucism occurs in the first plumage. Further, in Partial Leucism the amount of white feathering does not change with age, yet the diversity in the number of white feathers found in the specimens, from hardly any to almost totally white, seemed to suggest that in this aberration the number of white feathers increases during the bird’s lifetime. Given that aberrantly coloured birds were often especially targeted for (museum) collections in the past, it can be assumed that many fledglings and young birds exhibiting odd feathers, would have become study skins before they could become adults. So, the total absence of juvenile birds with white feathers in the museum samples could be considered as proof that the loss of pigment developed in later, adult, stages of life – but fieldwork was needed to be sure. That fieldwork has now been done (van Grouw 2018) and we now know that progressive development of aberrant white feathers is a rather common phenomenon in wild birds. It is different from Leucism and to distinguish it this phenomenon is called Progressive Greying. Although different forms of Progressive Greying probably exist, the general characteristics are: that the loss of pigment, resulting in white feathers, starts after a certain age; that the loss of pigment seems to be progressive; and that most forms don’t seem to have a clear heritable cause and appear to be more related to the environment.

Whatever the cause, Progressive Greying is not uncommon and is, rather than Leucism, responsible for most birds with aberrant white feathers.

I have been a Bird Curator since 1997. My ongoing research is into the occurrence and identification of colour aberrations in birds to establish the nature and causes of each abnormality. This research involves both practical breeding experiments with domesticated birds and examination of >4,000 aberrantly coloured bird specimens in museum collections.