Ken Smith—Bars and spots: varying fortunes of our British woodpeckers

Biography: Dr Ken Smith is now retired and lives in Sussex, but for almost 30 years he worked for the Royal Society for the Protection of Birds (RSPB) in what is now the Centre for Conservation Science. Over that time, he worked on a wide range of species and habitats, and contributed to many conservation initiatives. In the 1980s he completed his first RSPB project on woodland breeding birds—a national survey which was repeated in 2003/4. This was sufficient to kindle an enduring interest in woodlands and especially woodpeckers. In 2015, Ken and his wife Linda set up www.woodpecker-network.org.uk with the express purpose of promoting the study of Lesser Spotted Woodpeckers and collecting important data on their nesting success. When he lived in Hertfordshire, Ken was a long-standing committee member of the Herts Bird Club, was British Trust for Ornithology (BTO) Regional Rep for ten years, and organised much survey work in the county. He has the unique distinction of being an author of three successive county atlas / avifaunas—1968/72, 1988/92 and 2007/11. He was Chair of the BTO Ringing Committee for six years and, since moving to the West Sussex/Hampshire border, has been a member of the scientific committees of both Sussex and Hampshire Ornithological Societies. 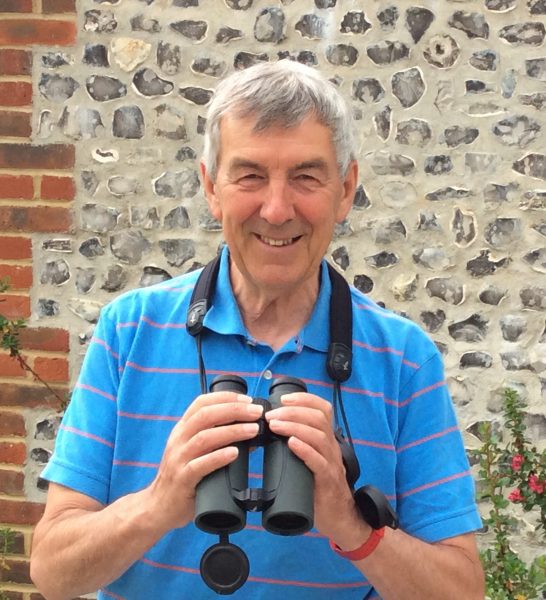 Abstract: The talk discussed emerging evidence for positive and negative impacts resulting from the provisioning of wildlife with food, water and breeding sites in our gardens. While some provisioning is targeted at single species of conservation concern, generalised provisioning is far more common and can exceed the local availability of natural resources for recipient species. This generalised provisioning is enthusiastically promoted by many conservation organisations as a means to foster connection with nature and help wildlife. However, there is now emerging evidence that such a vast input of additional resources into the environment has diverse, ecosystem-wide consequences.

The direct effects upon species which are regularly fed has garnered most research interest; these are generally positive in leading to increased survival, productivity and hence population growth, although disease transmission at feeding sites within and between species is a serious concern. However, the broader implications of regular feeding for the recipients’ non-provisioned competitor species, prey and predators are underappreciated, and the talk illustrated the pathways by which these may generate pervasive negative impacts for wider biodiversity. Notably, an array of subordinate competitor species that do not make use of human provisioning have suffered serious population declines over the past few decades. There is now an urgent necessity for an in-depth revaluation of the what, when, where and why of garden bird provisioning.

Biography: Dr Alexander Lees is a senior lecturer at Manchester Metropolitan University and works on the ecology, biogeography and conservation of birds, especially in Amazonia. He is especially interested in how competition shapes avian community structure in the current era of global change. Alex has written over 120 scientific papers, books chapters and books and sits on the steering committee of the Sustainable Amazon Network. 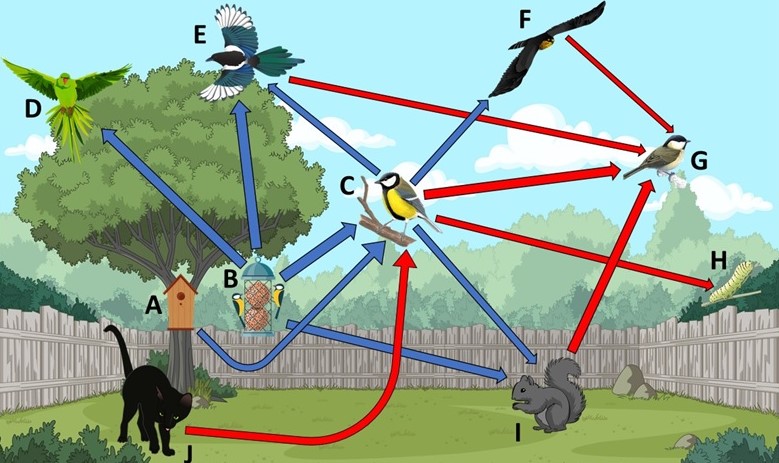 The 1,000th meeting of the Club was held via the online medium of Zoom.
Steve Portugal – Bird Flight and Co-operative Aerodynamics

Abstract: The talk discussed how birds co-operate and the mechanisms they employ to save energy during flight. The distinctive V formation of bird flocks has long intrigued researchers and continues to attract both scientific and popular attention. Through the use of novel biologging technology, and by working with the reintroduction scheme for the critically endangered Northern Bald Ibis Geronticus eremita, studies have been performed on the relative positioning of individuals in a V-formation, and the co-operative aerodynamic interactions that take place, at a level and complexity not previously feasible. A second part of the talk considered the seemingly more unstructured flocks formed by homing pigeons Columba livia var., and how individual personalities predict exploration and subsequent homing abilities, and flock positioning during homing flights.

Biography: Dr Steve Portugal is a Reader in Animal Behaviour and Physiology at Royal Holloway University of London. He is a comparative ecophysiologist, who studies how animals adapt their behaviour and ecology to the challenges of their environment. His research has focused on Naked Mole Rats, Siamese Fighting Fish, and the role of vision in the propensity for certain bird species to fly into man-made objects. His main research, however, is bird flight, and what happens when birds come together in flocks. Steve has published over 60 academic papers and has acted as scientific advisor for numerous nature documentaries, including Springwatch, David Attenborough’s Natural Curiosities, Conquest of the Skies, Life in the Air, and Nature’s Boldest Thieves. 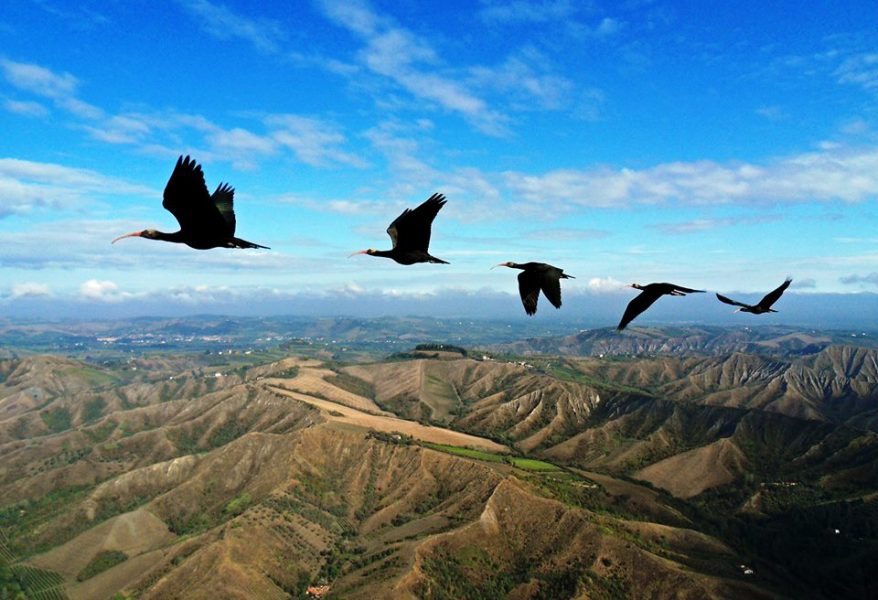 The 999th meeting of the Club was held via the online medium of Zoom.

Abstract: Abernethy Forest is a nature reserve managed by the Royal Society for the Protection of Birds. The forest has more Caledonian pinewood than any other area in Scotland. The trees in these remaining fragments are lineal descendants of an ancient forest that once spread across the Highlands of Scotland. Since the Bronze or Iron Age, the forest has been used by people for hunting, exploitation of timber, farming and now nature conservation. The talk described the changes caused by people and the natural processes that have shaped the forest, providing an environment for an astonishing diversity of wildlife (3,800 species of plants, fungi and animals). The lives and status of the ‘big three’ birds of pinewoods were described: Western Capercaillie Tetrao urogallus, Crested Tit Lophophanes cristatus and crossbills (Loxia spp.). Comparisons were drawn with natural forests in continental Europe, revealing the conservation measures that need to be taken to restore lost features in an attempt to create a present-natural forest.

Biography:  Dr Ron Summers is a Principal Conservation Scientist at the Royal Society for the Protection of Birds and, over the past 30 years, has been involved in studies of a range of Highland birds, particularly in pinewoods. Having attained a Ph.D. at the Univ. of Aberdeen on the ecology of European Flounder Platichthys flesus, he undertook post-doctoral work at the Univ. of Cape Town, where he studied sandpipers on Langebaan Lagoon, providing data that supported the case to designate the area a national park. Subsequently, he studied the effects of Upland Geese Chloephaga picta on sheep farming in the Falkland Islands, followed by work with the Ministry of Agriculture, Fisheries and Food, initially on the movements of European Starlings Sturnus vulgaris in relation to the spread of pig diseases, and latterly on the effect of grazing by Brent Geese Branta bernicla on fields of winter wheat. He further outlined a hypothesis about the role of lemmings in determining the breeding success and population growth of these geese; this link also applied to the waders he had studied in South Africa, and he subsequently travelled to Siberia to help test his theory on the birds’ breeding grounds. The Arctic has always held an appeal and he has made many trips there, notably as part of a long-running study of Purple Sandpipers Calidris maritima, which will culminate in a forthcoming monograph. 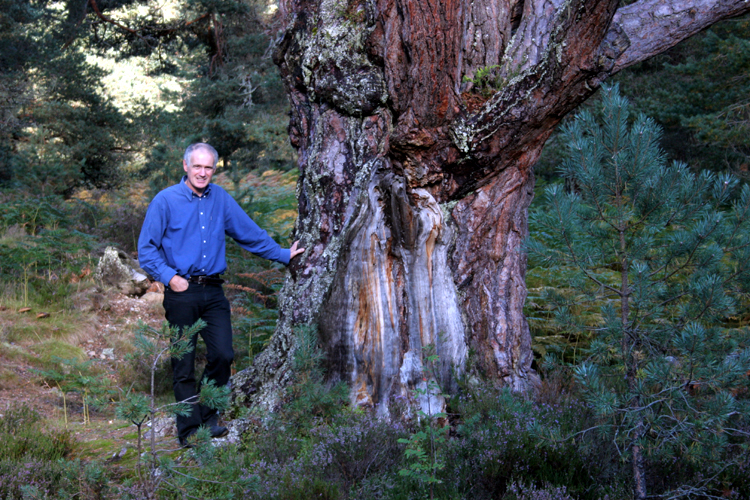