This meeting will be held online only via Zoom. Although free, you need to pre-register your intention to attend. Please register to attend the event here.

Abstract: Over half of South Africa’s forest-dependent birds have suffered range declines over the past thirty years. These declines have been concentrated in the Eastern Cape Province, despite an 18% increase in forest cover there over the same period. We suspect that the cause of local forest bird extinctions may be habitat degradation arising from informal harvesting of forest products. Natural products comprise 10-14% of household income in rural villages in the former Ciskei and Transkei areas of the province, so we investigated the impact of informal harvesting of bark, poles and timber on avian functional diversity. Bark and timber harvesting resulted in canopy gaps, negatively affecting bird species which forage in the understory or on the forest floor. Moreover, much bark harvesting appears to be driven by commercial demand, and 29% of trees harvested for bark in the province die from ringbarking. By contrast, pole harvesting is of less concern as it appears to be on the decline owing to reduced demand, is occurring at sustainable levels and is mostly for household use. The Forest Act of 1998 provides for sustainable harvesting through Participatory Forest Management (PFM), but in practice it has not been implemented. Based on our results, I will suggest improved methods of monitoring and control.

Biography: Michael Cherry is a professor of zoology at the University of Stellenbosch and a Fellow of the African Academy of Sciences.  He holds an honours degree in zoology from the University of Cape Town, and a doctorate from Balliol College, Oxford. He is known primarily for his research on the evolution of animal signals. In particular, he has worked on both visual and acoustic signals used in sexual selection and on the role of egg coloration in the co-evolution between avian brood parasites and their hosts. For the past eight years he has been working on the effects of global change on forest biodiversity in South Africa, with an emphasis on birds.  Michael has served as Editor-in-Chief of both the South African Journal of Wildlife Research and the South African Journal of Science. 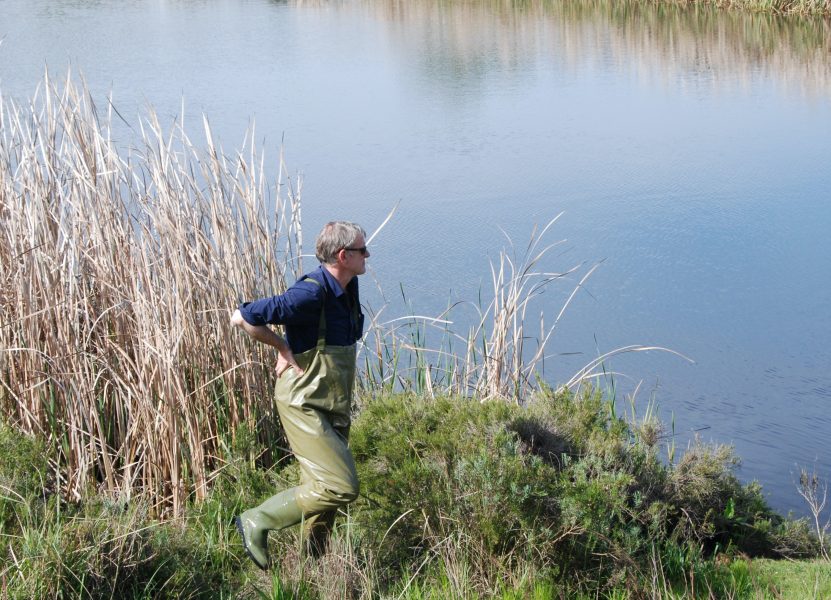