Abstract: The tropical island of New Guinea has for a long time played a preeminent role in ornithology, which caused it to be chosen as the site for the BOU’s Jubilee Expedition in 1909. Part of the reason is New Guinea’s many species of extraordinary birds, such as its birds of paradise, whose male ornamental plumages carry sexual selection to extremes; its bowerbirds, whose males build the most elaborate display structures among animals; its megapodes, the only birds that incubate their eggs by natural heat sources rather than by body heat; its diversity of parrots and kingfishers, orders that probably evolved in New Guinea; its Greater Melampitta, the only passerine known to roost underground; and its many bird groups convergent on but unrelated to the nuthatches, creepers, warblers, finches, wrens, and sunbirds of the rest of the world. Another reason is New Guinea’s equatorial location combined with its high mountains, resulting in a range of habitats from tropical rainforest in the lowlands to glaciers on the highest peaks at 5000 m. Still another reason is its simple geographic layout : a single central cordillera with montane allospecies arranged from west to east, separating northern and southern lowlands with lowland allospecies arranged in a ring. New Guinea shouldn’t be thought of as the world’s largest tropical island, but instead as the smallest continent. New Guinea has proved to be ideal terrain for studying speciation, ecological segregation, and other biological phenomena. New Guineans themselves are walking encyclopedias of knowledge about their birds. The illustrated talk will explain these and other features that make New Guinea birds special. The only disadvantage to visiting New Guinea is that, thereafter, you’ll find the rest of the world boring by comparison.

Biography: Jared Diamond is a Pulitzer-prize-winning author of five best-selling books, translated into 43 languages, about human societies and human evolution: Guns, Germs, and Steel, Collapse, Why Is Sex Fun?, The Third Chimpanzee, and The World until Yesterday.  As a professor of geography at UCLA (University of California at Los Angeles), he is known for his breadth of interests, which involves conducting research and teaching in three other fields: the biology of New Guinea birds, digestive physiology, and conservation biology.  His prizes and honors include the U.S. National Medal of Science, the Pulitzer Prize for Non-fiction, the Tyler Prize for Environmental Science, and election to the U.S. National Academy of Sciences.  He is a director of World Wildlife Fund/U.S.  As a biological explorer, his most widely publicized finding was his rediscovery, at the top of New Guinea’s remote Foja Mountains, of the long-lost Golden-fronted Bowerbird, previously known only from four specimens found in a Paris feather shop in 1895. 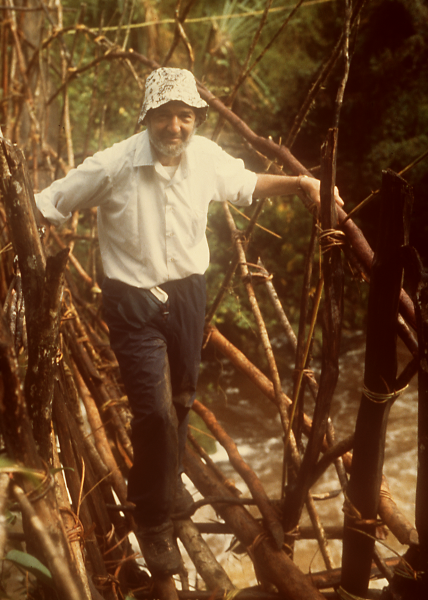 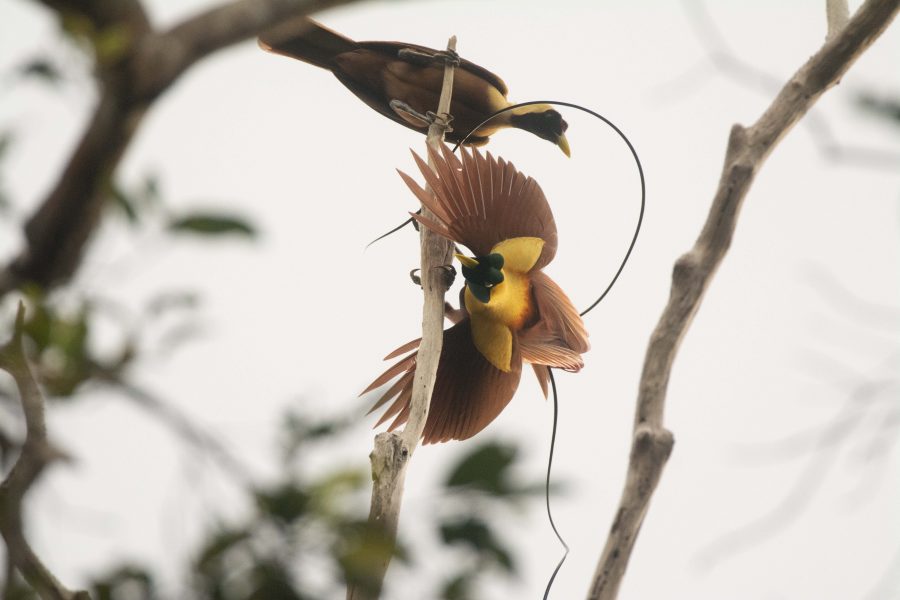 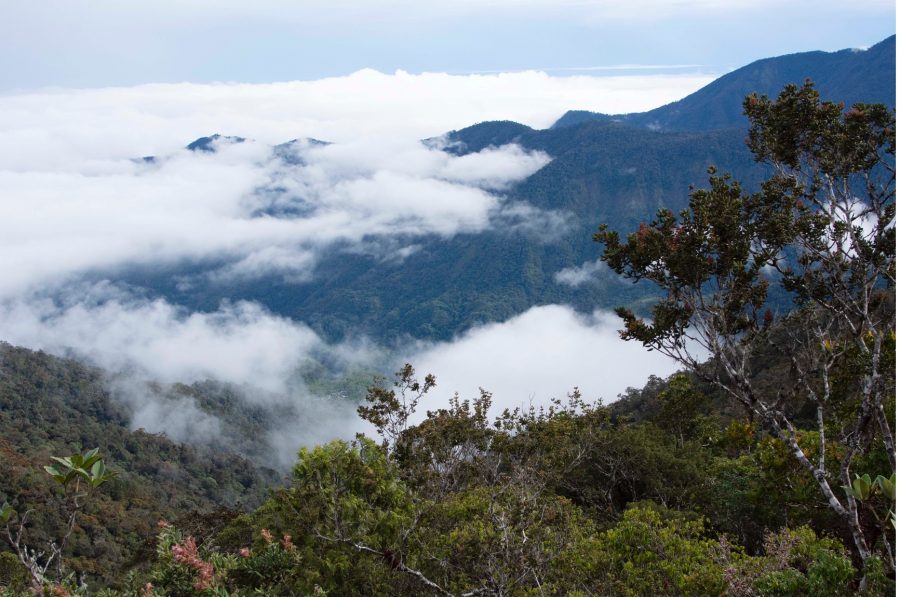 Abstract: Ask anyone interested in birds for an example of adaptive radiations, and they will probably mention the Darwin’s Finches, the evolutionary rock stars of the Galápagos Islands. But did you know about the Nesospiza finches, endemic to Tristan da Cunha in the South Atlantic? Tristan is a small and very isolated archipelago comprising three islands, the two smaller of which are each home to both a small-bodied and small-billed generalist finch and a large-bodied and large-billed specialist finch that feeds exclusively on the seeds of an endemic island tree. But how are these four taxa related, and how did they evolve? And where do the extinct small-billed finches of the third, larger island fit into the picture? I will take you on a trip to the South Atlantic, to see what ecology and a whole lot of DNA detective work can reveal about this remarkable radiation.

Biography: Martin Stervander is a Marie Skłodowska Curie Fellow at the Natural History Museum, where he currently does research on the genomic architecture of convergent evolution of flight loss in island rails (including the Inaccessible Island Rail, neighbour to the Nesospiza finches). Martin did his PhD on speciation in birds at Lund University (Sweden), followed by a postdoc at the University of Oregon (USA). While his main research is focused on understanding the evolutionary mechanisms of speciation and radiation as well as phenotypic convergence, his interests also comprise phylogenetics, taxonomy, and phylogeography. Martin is also an Associate Editor of Ibis and the Managing Editor of BirdLife Sweden’s ornithological journal Ornis Svecica, which—similarly to the Bulletin of the BOC—is available online, at https://os.birdlife.se. 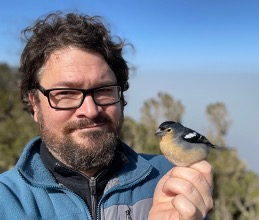 Kathryn Rooke – The Importation of the Plumage (Prohibition) Act of 1921, as told through the Natural History Museum’s Archive collections

Abstract: In the Victorian and Edwardian period, a demand for bird feathers in fashionable millinery led to the most luxurious of plumes being worth, quite literally, their weight in diamonds. Demand for feathers of egrets, birds of paradise, hummingbirds, grebes and more, were pushing bird populations across the world to the brink of extinction. In this talk, I share records from the Natural History Museum’s Archives that document the Museum’s contribution to a lengthy campaign, led by the RSPB (Royal Society for the Protection of Birds), to end the importation of bird feathers from across the then British Empire; eventually resulting in the passing of the Importation of Plumage (Prohibition) Act in 1921.

Biography: Kathryn Rooke is the Assistant Archivist at the Natural History Museum and Archivist at the former Rothschild property, now local history museum, Gunnersbury Park. She is a history graduate and Archives and Records Management post-graduate who has previously worked for Lancashire Archives, The Clothworkers’ Company, The Barber-Surgeons’ Company and The School for Oriental and African Studies. After a brief three-year stint in Taiwan, she is now London-based with her family and enjoying the opportunities NHM has brought to revisit a childhood of bird-watching and bug-collecting. 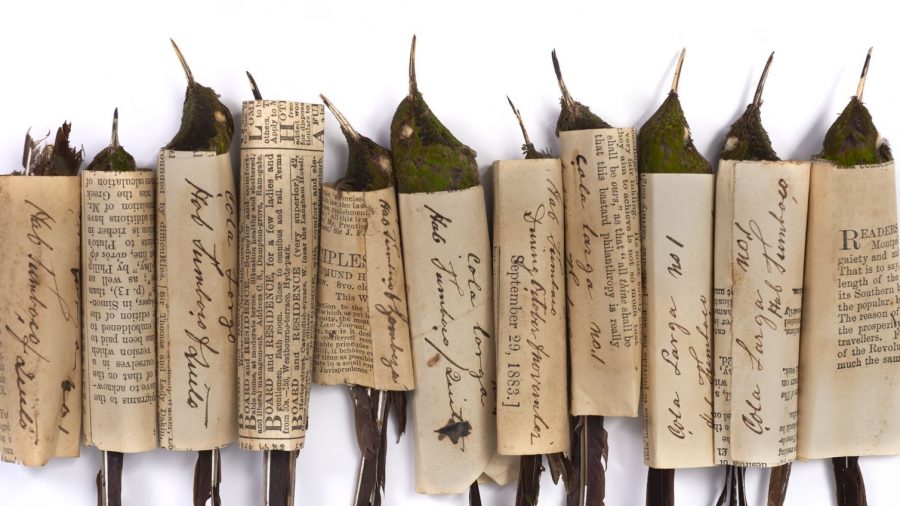