Since Ernst Mayr defined species in 1942 (1), classifying swiftlets (Aves, Collocaliini) into taxonomic groups has presented a major challenge. The glossy swiftlets represent some of the most taxonomically challenging and relatively under-studied birds in the family Apodidae. The appearance of white-bellied glossy swiftlets (the Collocalia esculenta group) is somewhat unremarkable. They all have dark, black plumage with a green or blue gloss. Until recently, phenotypic characters were used to separate the species of white-bellied glossy swiftlet into the ‘plain-tailed’ and ‘spot-tailed’ populations. So, let’s play a game of spot the difference... 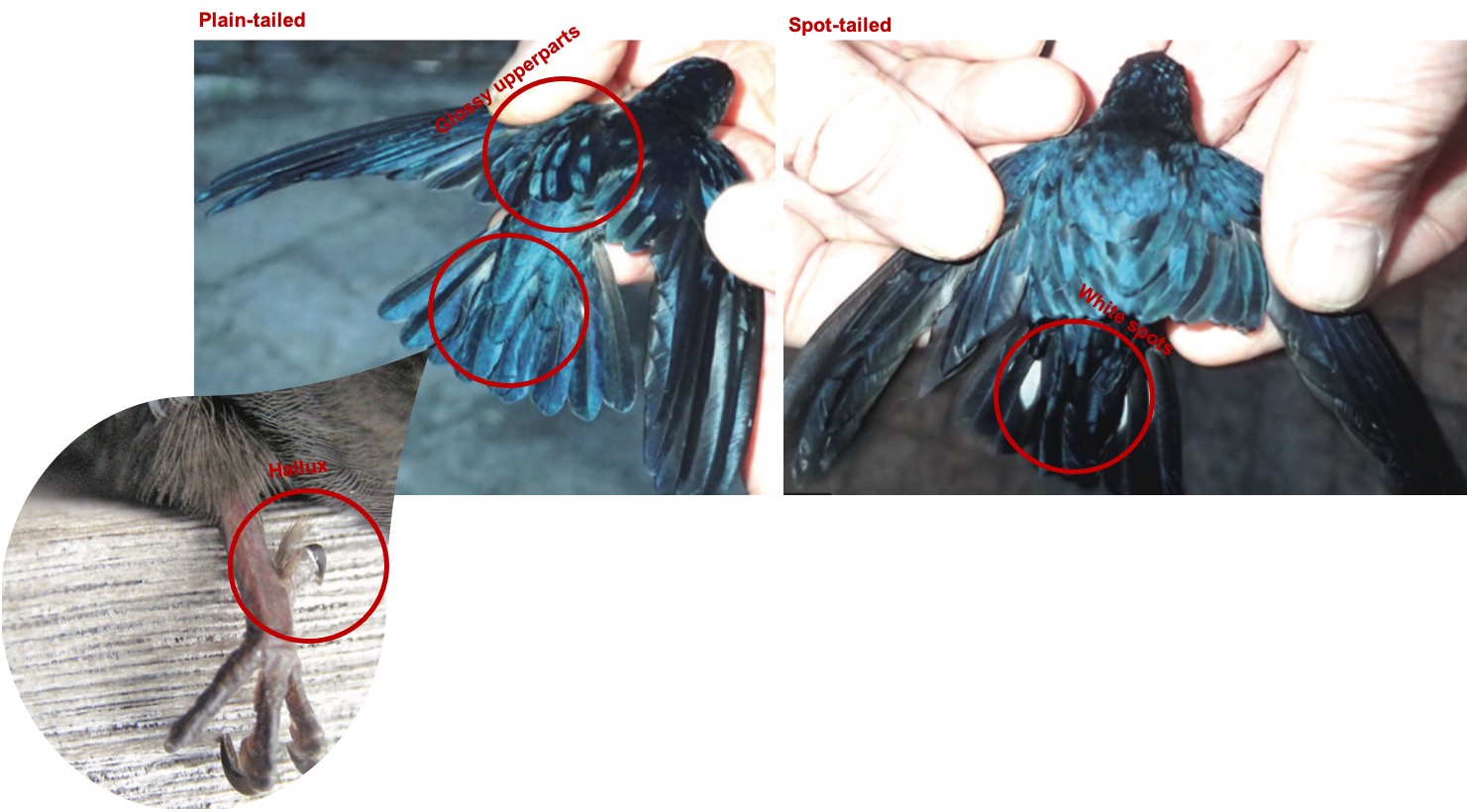 Figure 1: A guide to the differences between the plain-tailed and spot-tailed glossy swiftlets.

The main difference between the plain and spot-tailed glossy swiftlets is, unsurprisingly, the tail. But there are also other differences, more difficult to spot. For example, some individuals have  a small tufted feather on the hind toe, the hallux (Figure 1). It was previously understood that the geographic distribution of glossy swiftlets was reflected in their phenotypes. In general, a boundary including the Makassar strait, defined as ‘Stresemann’s Line’, separates the western plain-tailed and eastern spot-tailed birds (Figure 2). These geographic and phenotypic distinctions were used as guides to taxonomic identification. But what do you conclude when you find a plain-tailed bird to the east of Stresemann’s line? Or a spot-tailed individual to the west?

Growing numbers of observations are supporting the idea that the plain and spot-tailed phenotypes are, in fact, not defined geographically or genetically. Therefore, they may not be a reliable way to classify the glossy swiftlets’ taxonomy. In a recent study published in the Bulletin of the BOC, Davies et al. have used a combination of field and genetic information to unravel the differences between populations of glossy swiftlets.

Feather samples were collected from across the glossy swiftlet range (Figure 2). DNA was then extracted from the feather samples and regions of mitochondrial and nuclear genes were sequenced. Using these genetic markers is a great way to establish the relatedness of the different populations. The method works because mutations in the DNA slowly accumulate over time. Therefore, the more different the genetic sequences of each population, the more time has passed since the populations split and consequently, the more distantly related they are.

The findings of this study revealed that, despite the birds showing a mix of phenotypes, individuals within the same populations are closely related as confirmed by the limited variation in their genetics. Further, large genetic differences were found between different populations. These findings are hugely important for the reliable classification of glossy swiftlets. They show that the glossy swiftlet species should be defined independently of their phenotype.

So, how can we classify the taxonomy of glossy swiftlets?

It would be astronomically expensive to genetically sequence every bird that needs to be taxonomically classified. But, is there a reliable phenotypic indicator of taxonomy in the glossy swiftlets?

Tail spots: Certainly not! This study has shown that tail spots are not related to the genetics or geographies of populations.

Gloss: There is genomic evidence that the blue or green in the dorsal gloss of the swiftlets is underpinned by genetics (3). However, the present study has also confirmed that feather colour changes with wear and age. Therefore, blue or green gloss cannot be used as a reliable taxonomic distinguisher.

Hallux feather tuft: Regrettably, it is not always easy to confirm the presence or absence of the feather tuft on the hallux. It is an extremely small feature that can be hard to see and easily damaged. Further, there is a chance this feather may be shed at times during the bird’s lifetime (4). Overall, we cannot be sure whether the tuft can be used as a reliable taxonomic indicator.

Genetics and geographies: Yes! It appears that the genetic separation of the glossy swiftlet populations is underpinned by their geographies. Perhaps, therefore, we should adopt names such as the eastern and western glossy swiftlets to define the species in this group of birds.

Lasting implications for the future

The use of phenotypic characters to define species of the glossy swiftlet is rife. In addition to the plain and spot-tailed populations, the classification of the white-rumped glossy swiftlet has also fallen into question as it appears that rump colouration may be a similarly unreliable taxonomic indicator. In the future, harnessing new technologies, such as whole-genome sequencing, will enable researchers to elucidate the complex taxonomic history of swiftlets, including the progressive domestication of the white-nest swiftlets (Aerodramus sp.) in Southeast Asia (5).