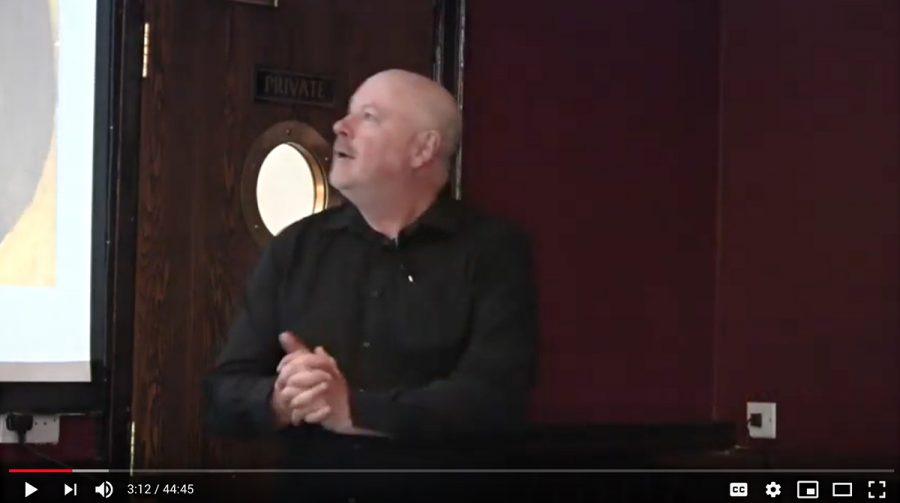 We have posted a video at the BOC YouTube channel of a talk presented by Dr Julian Hume, a Scientific Associate of the Natural History Museum, Tring. An artist specialising in extinct birds by profession, Dr Hume also has a Ph.D. in avian palaeontology and has travelled widely in search of avian palaeontological deposits, especially in the Mascarene Islands of Mauritius, Réunion and Rodrigues, on Madagascar and in Hawaii. He has written a number of books including the widely acclaimed Extinct birds.

Dr Hume gave a talk entitled Birds of Lord Howe Island: past, present and future at a regular BOC meeting on 20 May 2019. He began his talk by describing the location of the island and how the island was discovered by Europeans in 1788. Following the discovery, an endemic gallinule, pigeon and parakeet were quickly hunted to extinction. However, minimal habitat alterations allowed a diverse forest bird fauna to remain intact. Unfortunately, black rats were accidentally introduced in 1918 and barn owls in 1920s. 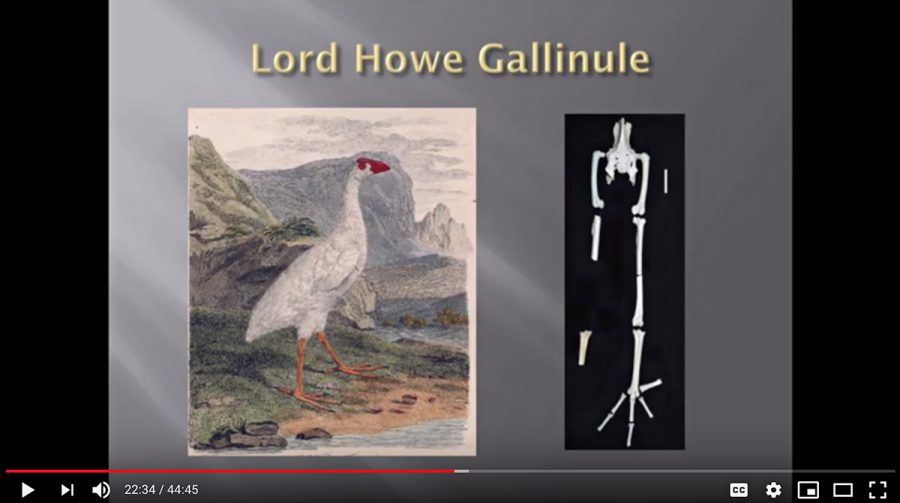 An endemic gallinule that was quickly hunted to extinction after the arrival of Europeans.

Dr Hume described the exact incident that led to the introduction of the black rats and the devastating effects that followed. He quoted a local resident Alan McCulloch, who recorded the disaster that followed: “Within two years, this paradise of birds has become a wilderness and the quietness of death reigns where all was melody… The very few birds remaining are unable to breed, being either destroyed on their nests or driven from them by rats, and their eggs destroyed. One can scarcely imagine a greater calamity in the bird world than this tragedy which has overtaken the avifauna of Lord Howe Island.” 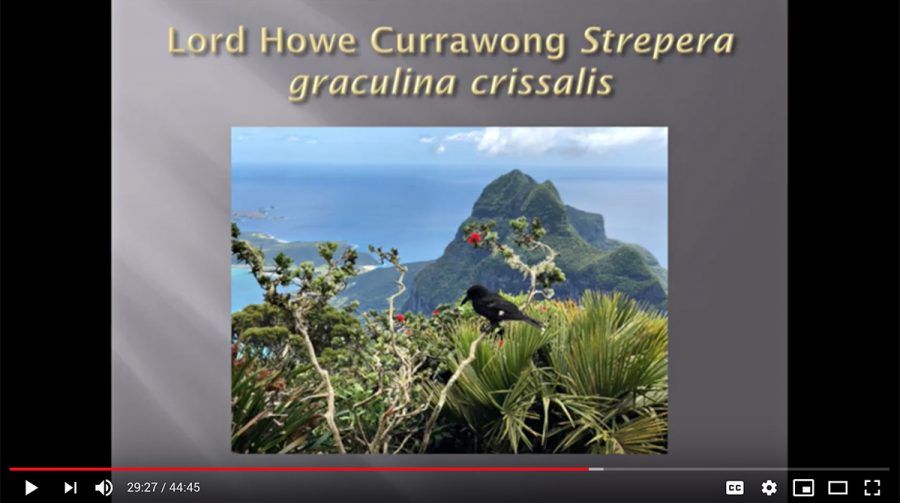 Julian gave fascinating accounts of some of the birds found on the island including Lord Howe’s Currawong.

Julian highlighted fossil discoveries and conservation successes based on data from a recent palaeontological and ornithological survey of Lord Howe Island. While several endemics survive, including a flightless rail, and seabird diversity is high, rat predation is an ongoing problem. Julian discussed the pros and cons of plans to eradicate rats entirely from the island in 2019. He wrapped up his talk with brief details of the logistics and costs involved in visiting the island, and the island’s World Heritage Site status. 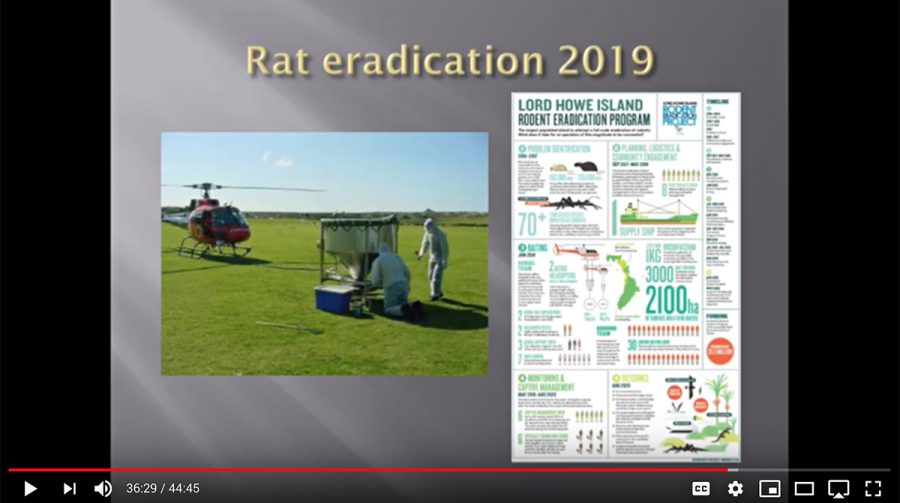 Julian discussed the pros and cons of the rat eradication programme.